“As artist the theme proposed stroke me as a challenge: thinking about my work, how can I manage justifiable doubts about my role or the role of critic colleagues in the hypermodern world?
This drove me to reflect and consider all under another point of view —and put it “Under The Magnifier” indeed
In this moment I decided to produce artwork just for specific opportunities, and the Hannah Arendt Prize is one of those. I treated this text as a site-specific artwork, presented in this form —a text— as concrete answer to the theme proposed and personal contribution to the debate.
Sometimes it’s not easy to explain how an artwork can take form, but if we consider the contextual frame where it will be placed and we read between the lines, the output will become clearer.”

from the reply sent to
Anne-Marie Oliver and Barry Sanders

This annual competition is for anyone interested in the juncture of art and creative research and in the principles at the heart of the arts and humanities, including sense-based intelligence; the reality of singular, nonrepeatable phenomena; ethical vision; and consilience between inner and outer, nature and reason, thought and experience, subject and object, self and world.

Theme:
On Art and Disobedience; Or, What Is an Intervention?

“To disobey in order to take action is the byword of all creative spirits. The history of human progress amounts to a series of Promethean acts. But autonomy is also attained in the daily workings of individual lives by means of many small Promethean disobediences, at once clever, well thought out, and patiently pursued, so subtle at times as to avoid punishment entirely. All that remains in such a case is an equivocal, diluted form of guilt. I would say that there is good reason to study the dynamics of disobedience, the spark behind all knowledge.”

– Gaston Bachelard, Fragments of a Poetics of Fire

Intervention is an omnipresent if not ubiquitous word in contemporary discourse, but what forms does it take in the age of genetic engineering and real-time media? Is the concept a decoy or distraction in the face of futility? A cover or compensation for hopeless battles and set-ups? Is it simply working to slow down the Inevitable, a notion that in and of itself works as a major obstacle to critical thought and action? Or is it something more serious, more durable, and more dangerous? What is the relation of critique and intervention, theory and practice? And what role does art play in what Bachelard called “creative disobedience,” acts of Prometheanism “so subtle at times as to avoid punishment entirely”? Might art now comprise one of the last forms of political stealth, working in increasingly sophisticated time-based ways? What kinds of thought and action are powerful and compelling interventions today, whether one-off spectacles, sabots, monkey wrenches, sleepers, gummy bears, or Trojan Horses? 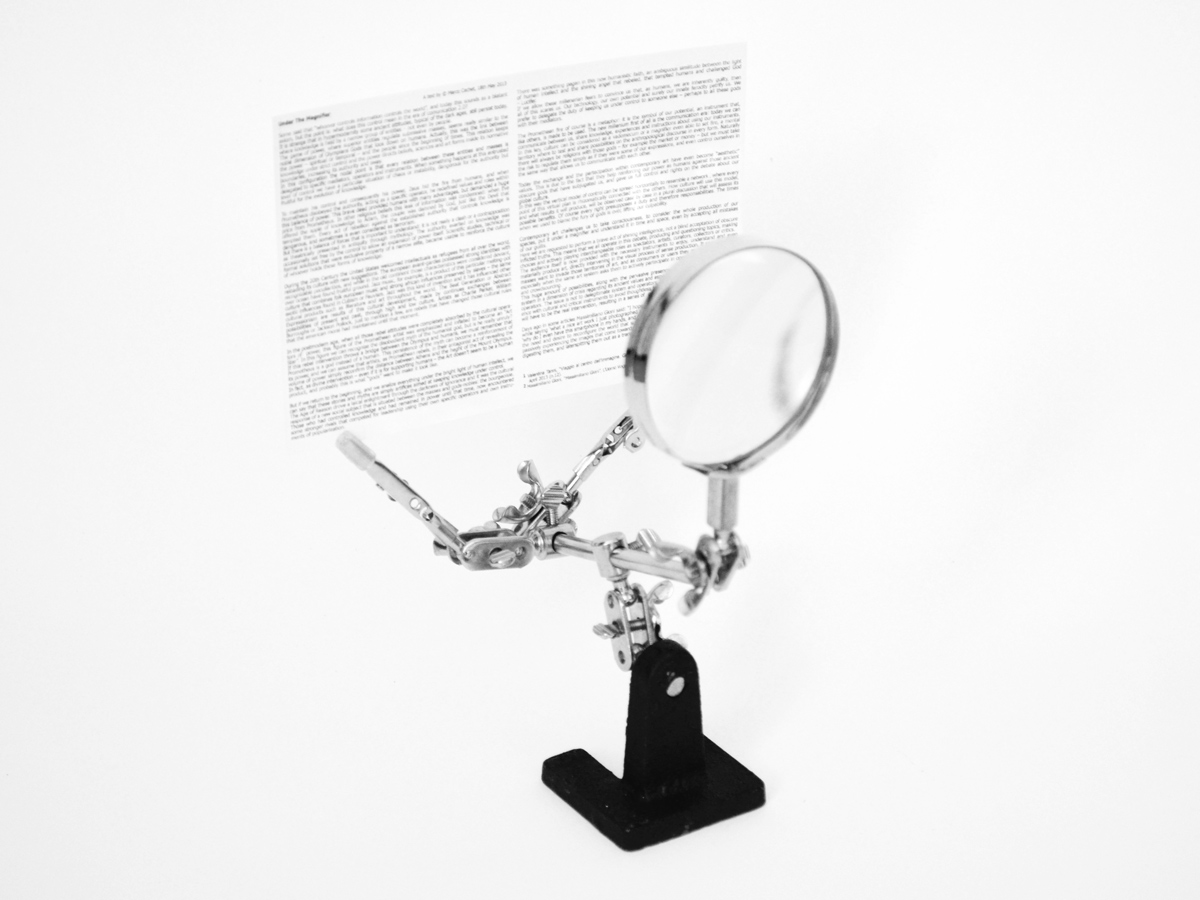 Some said that “whoever controls information controls the world”, and today this sounds as a blatant axiom, but the point is: what does this control mean in the era of comunication 2.0?
It is strange that in hypermodernity some ancient attitudes, typical of the dark ages, still persist today, where knowledge is held by a narrow group of entities – not even by people.
The game of power, where superior entities regulate submissive masses, seems really similar to the noble dimension of Olympians Gods that look down on humans. Actually, this was the link between the power – spiritual or temporal – and the people since the beginning of times. This relation keeps knowledge under strict control and the power directs beliefs, sciences and art forms inside its normative boundaries, increasing its authority and sway.
In this configuration the nodal point is that every relation between these entities and masses is delegated to specific mediators, operators and instruments. When something happens at this entrusted level of control we have a particular situation of chaos or instability, dangerous for the authority but fruitful for the evolution of knowledge.

To maintain his control and consequently his power, Zeus hid the fire from humans, and when Prometheus disobeyed the authority, acting as a specific operator, he redefined values and roles within this balance of power. This brave deed provided humans with many advantages, but demanded a huge price from Prometheus. In other religious beliefs this leak of information was condemned: when Eve offered the apple of knowledge to Adam, the couple was damned by God, just like the Devil that tempted them. Every act of rebellion against the established authority that controls knowledge is dangerous, and sometimes is even considered as terrorism.
But there is a balance of forces that is important to understand: it is not really a clash or a contrapposition as theatrically presented in antiquity through mythology. The authority exerted on knowledge was occasionally set free by the control to allow an expansion of power itself. Scientific studies, technical or formal solutions that were exclusive property of a narrow elite, became usable to reinforce the culture of whoever holds these forms of knowledge.

During the 20th Century the United States welcomed intellectuals as refugees from all over the world, reloading its culture with new suggestions. The european avant-gardes possessed strong identities with recognizable peculiarities, and while in the old continent those characteristics were considered deviant, over ocean have found fruitful ground. Jazz music, for example, is a product of this particular melting-pot culture that combines folk european music and strong african influences preserved by slaves – the same exotic influences found in Cubism or Fauvism. Jazz was this kind of invention and it has influenced other cultural products such as literature and art throughout the world. The Beat Generation or Abstract Expressionism are results of this cultural development, made by continues exchanges between possibilities of present and past, through high and low culture. Artists as Charlie Parker, William Burroughs or Jackson Pollock, just to mention a few, are rebels that have changed those cultural rules that the american moral had maintained until that moment.

In the postmodern age, when all those rebel attitudes were completely absorbed by the cultural operators of  power, this figure of the Promethean artist was emphasized and inflated to become an “Art Star”. In this figure we can recognize the disobedient myth of the humanist god, but is he really unruly? If this rebel intervention throws a bridge between the Olympus and humans, we must remember that Prometheus is a god instead of a human. This persistence of the myth can become a reinforcement of its power, and we can assume that artists, as Promethean rebels, in their antagonist act of revealing the volume of power simply reconfirm the distance between Athens and the heght of the Mount Olympus. In fact, as divine intervention – even if it is for supporting humans – the Art doesn’t seem to be a human product, and probably this is what “gods” want to make it look like.

But if we return to the beginning, and we analize everything under the bright light of human intellect, we can say that these stories and myths are simply artifices aimed at keeping knowledge under control.
The Age of Reason drove a laical enlightment through the darkness of ignorance and it was the cultural response of a new social subject that is situated between the masses and gods-nobles: the bourgeoisie. Those who had controlled knowledge and had remained in power until that time, now encountered some stronger rivals that competed for leadership using their own specific operators and own instruments of popularization.
There was something pagan in this new humanistic faith, an ambiguous similitude between the light of human intellect and the shining angel that rebeled, that tempted humans and challenged God – Lucifer.
If we allow these millenarian fears to convince us that, as humans, we are inherently guilty, then all of this scares us. Our technology, our own potential and surely our innate ferocity petrify us. We prefer to delegate the duty of keeping us under control to someone else – perhaps to all these gods with their mediators. 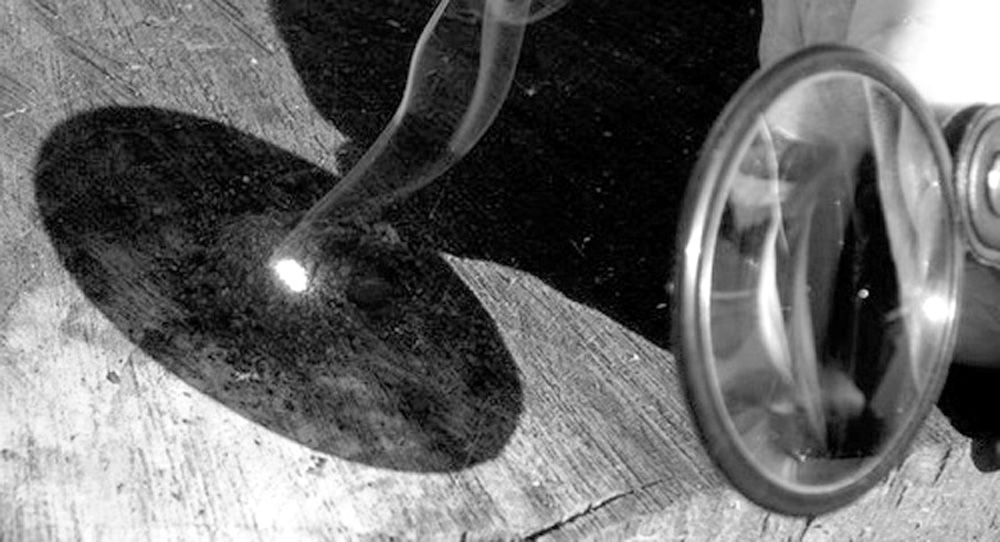 The Promethean fire of course is a metaphor: it is the symbol of our potential, an instrument that, like others, is made to be used. The new millenium first of all is the communication era: today we can communicate between us, share knowledge, experiences and instructions about using our instruments.
In this key, culture can be considered as a vademecum or a magnifier even able to set fire, a mental territory where to test and share possibilities on the anthropological discourse in every form. Naturally there will always be religions with those gods – for example the market or money – but we must take the risk to regulate them simply as if they were some of our expressions, and even control ourselves in the same way that allows us to communicate with each other.

Today the exchange and the partecipation within contemporary art have even become “aesthetic” values. This is due to the fact that they help reinforcing our power as humans against those ancient obscure gods that have subjugated us, and gave us full control and rights on the debate about our global culture.
In this way the vertical model of control can be spread horizontally to resemble a network , where every point of this virtual plan is rhizomatically connected with the others. How culture will use this model, and what results it will produce, will be observed case by case in a plural discussion that will assess its possible benefits. Of course every right presupposes a duty and therefore responsabilities. The times when we used to blame the fury of gods is over, lifting our culpability.

Contemporary art challenges us to take consciousness, to consider the whole production of our species, put it under a magnifier and understand it in time and space, even by accepting all mistakes of our guilts.
Here we are requested to perform a brave act of shining intelligence, not a blind acceptation of obscure inflicted truths. This means that we all operate in this debate, producing and questioning topics, making choices and actively playing interchangeable roles as spectators, artists, curators, collectors or critics.
The audience itself is now provided with the necessary instruments to enjoy, understand and even materially produce art, directly intervening in the visual process of sense production. It seems that the masses want to invade those territories of art, and as consumers or users they must be free to do it, especially when the same art system asks them to actively partecipate in operations of crowdfounding and crowdsourcing.
This huge amount of possibilities, along with the pervasive presence of the market, throws the art system in a dimension of crisis regarding its ancient values and especially about the roles of its specific operators. The issue is not to delegitimate system and operators, but is educate legitimating the audience with cultural and critical instruments to avoid thoughtless futilities in this re-creative process – this will have to be the real intervention, resulting in a series of  collective  efforts.

Days ago in some articles Massimiliano Gioni said: “I hope that people will leave the exhibition not just while saying ‘what a nice art work I just photographed with my smartphone’, but even while thinking ‘why do I even have this smartphone in my hands, and what does it tell about myself?’ 1 [then] feeling the need and desire to reconfigure the world that surrounds them, and trying to do it no longer by passively experiencing the images that come towards us and colonize us, but rather by producing and digesting them, and laterspitting them out as a transformed image” 2.