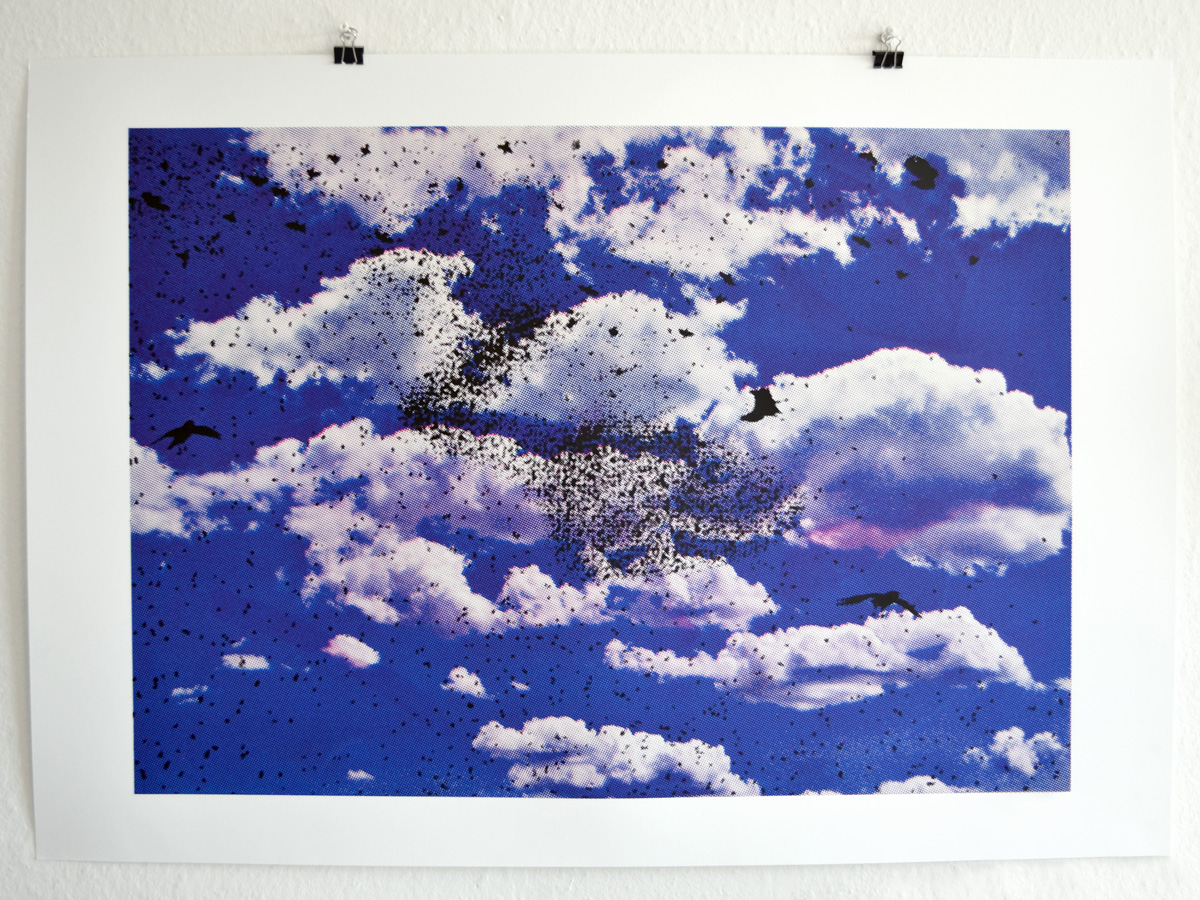 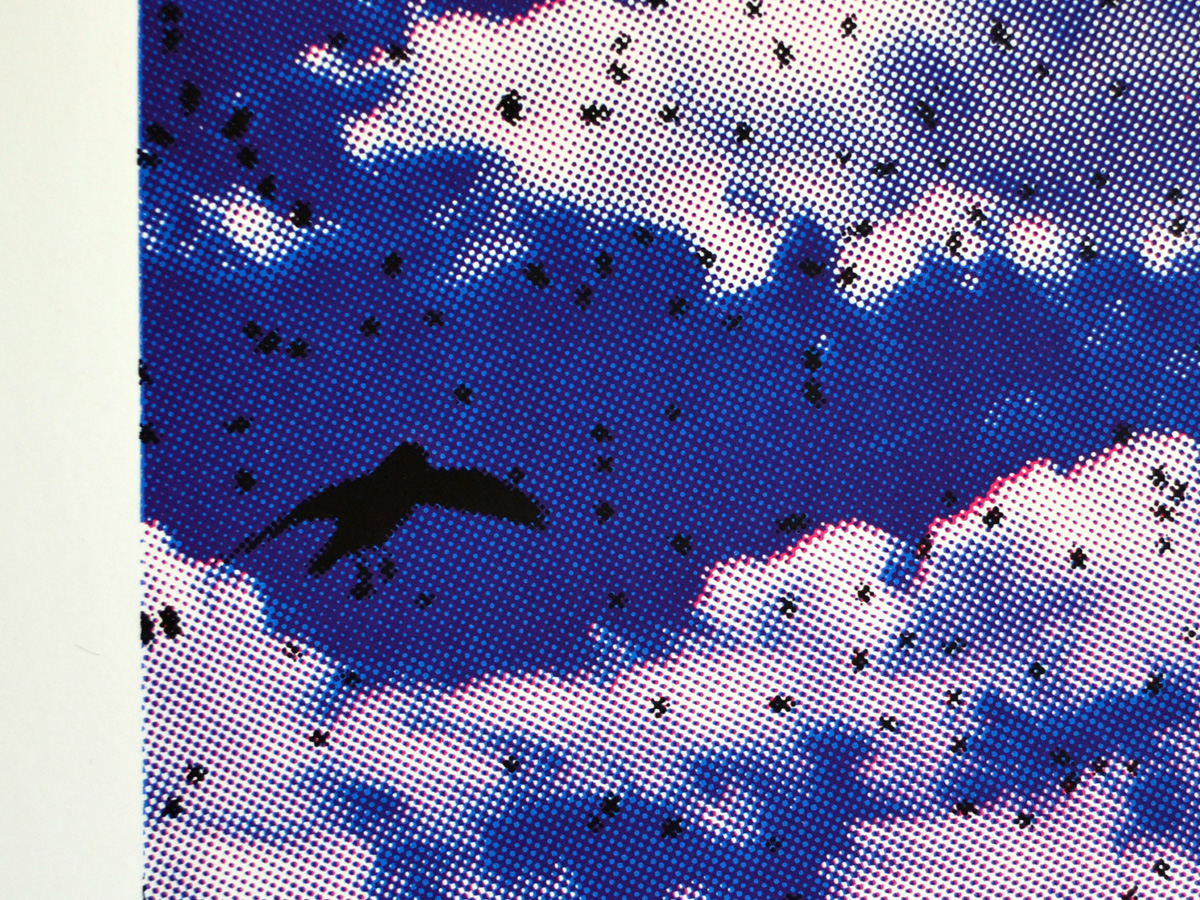 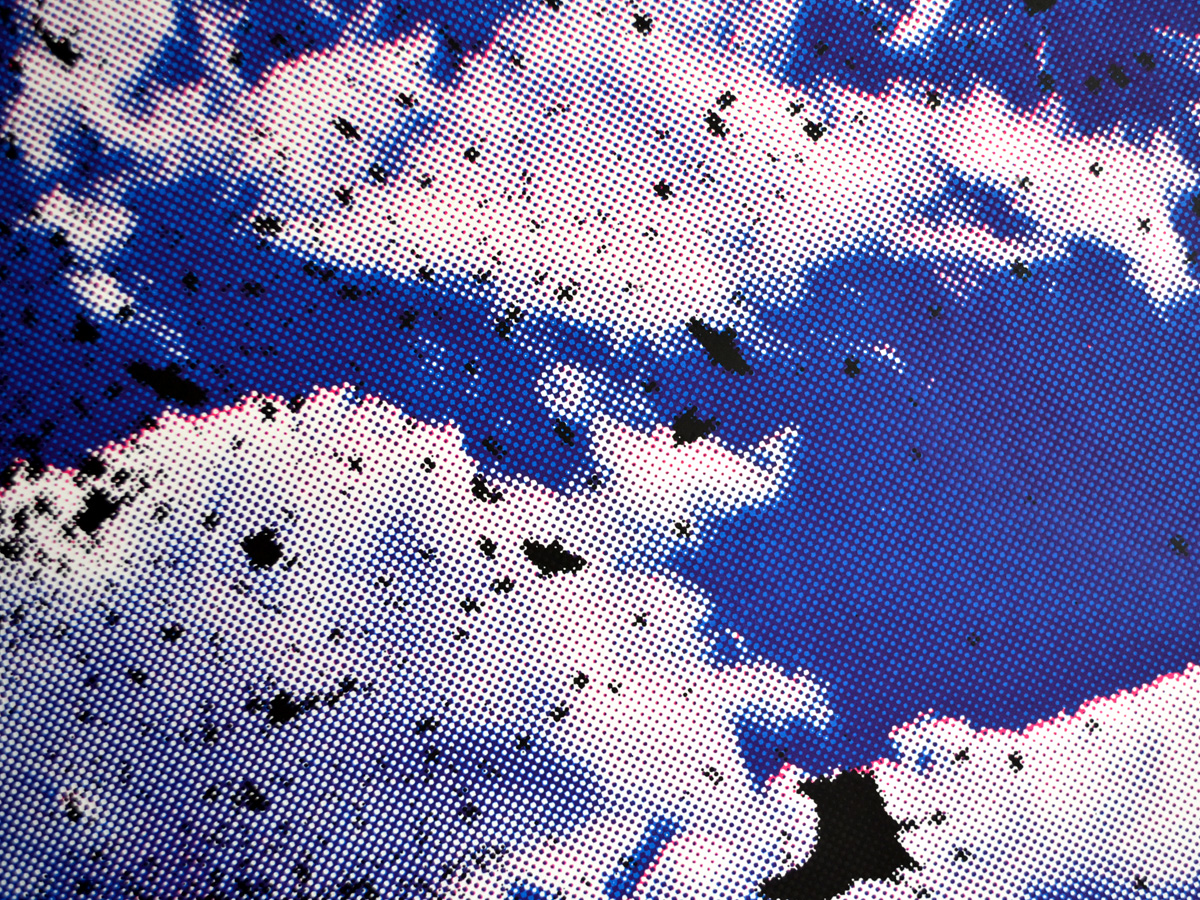 ‘The Swarm of Starlings’ is a series of silk screen prints, winner of the graphic contest of the Druck Berlin Festival by the highest amount of votes on its Facebook page.
The theme of the swarm as a collective entity merges with the idea of the web community and the formal attributes of the silk screen print, where every dot or singular individual is considered as unity of a multitude that constitutes a macrosystem.