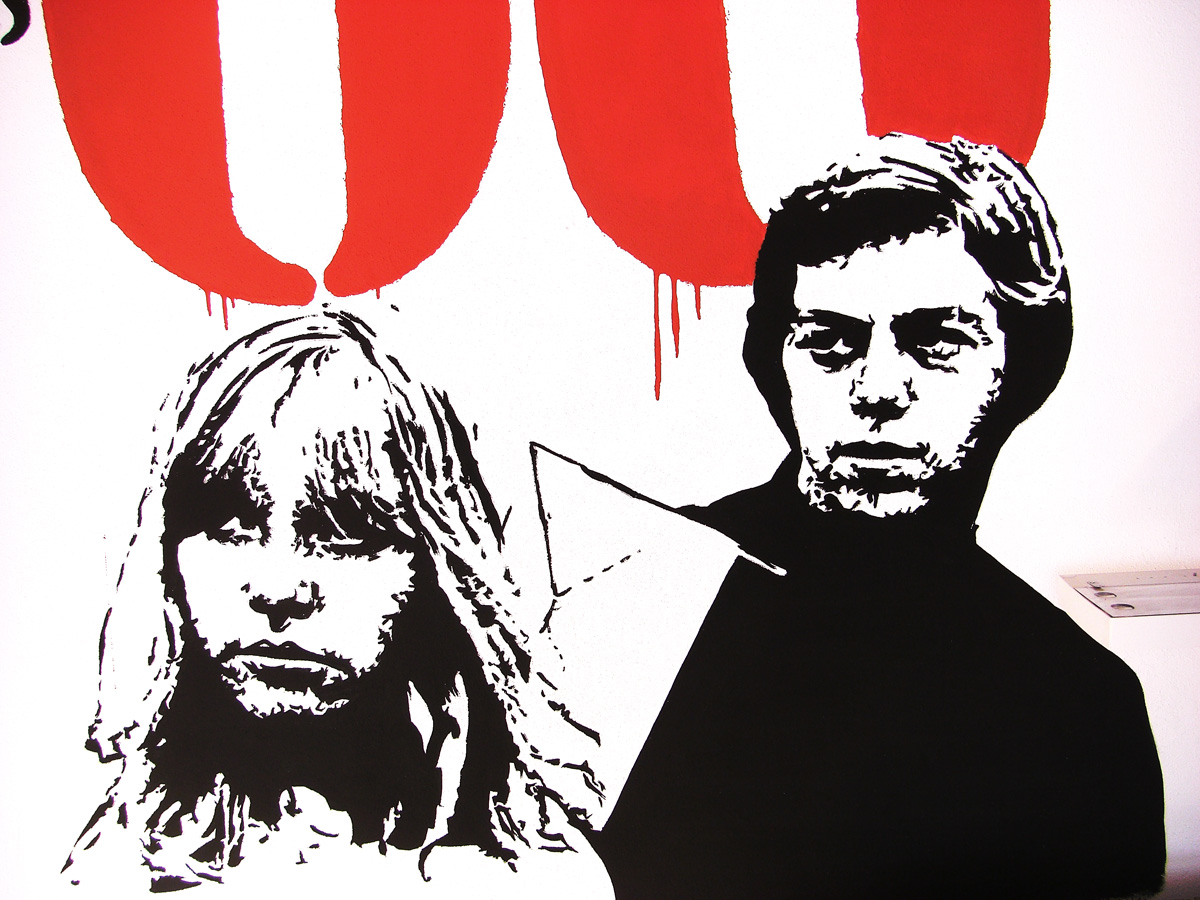 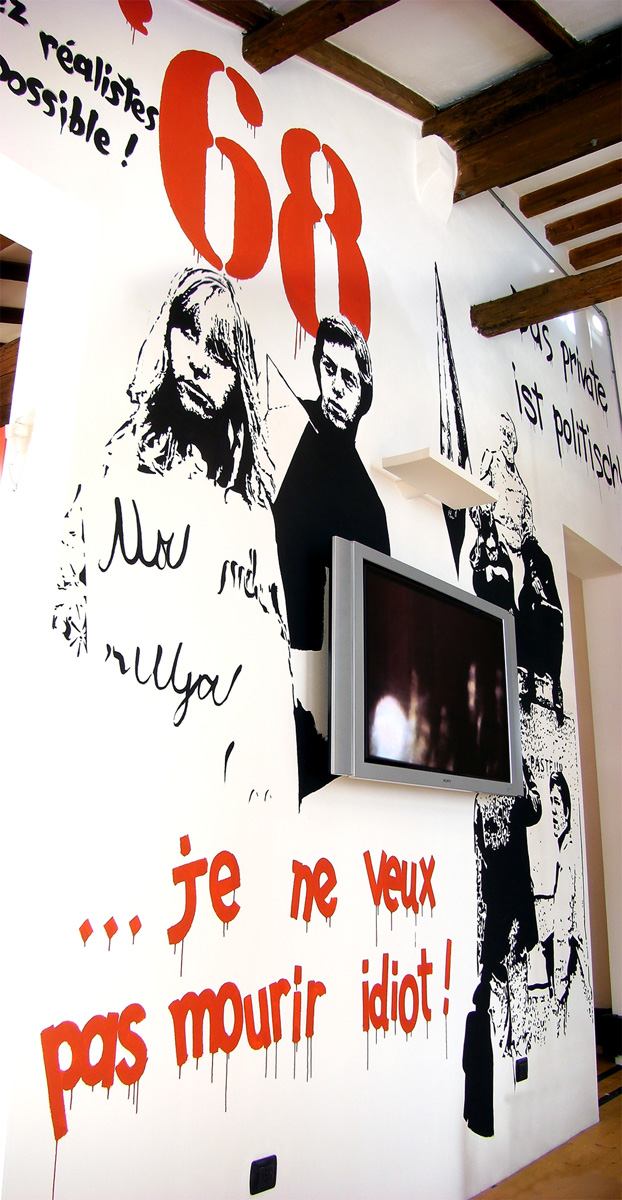 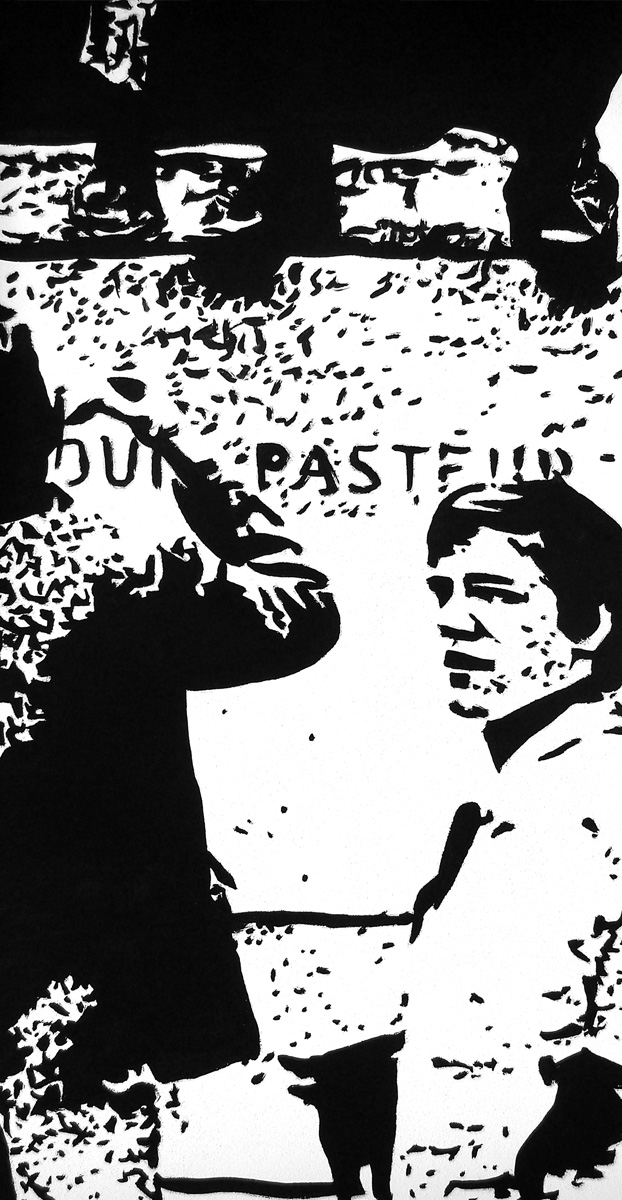 ‘Untitled / MEUS wall paint’ was commissioned by the MEUS – European Museum of Students, University of Bologna.
Situated in the hall that documents the 1968’s Protests, the black and red composition is surrounded by slogans of the time. The wall paint represents two scenes about the student riots that clashed against two opposed regimes: the Soviet Union in Prague, and de Gaulle’s conservative administration in Paris.